Sorry Business: A Kleinian perspective on Apology and Reparation seminar

‘Sorry business’ is a term used by First Nation People’s of Australia to encompass the rituals and ceremonies associated with death and grieving. But Australia has a sorry business, left unattended and unacknowledged. Colonisation in Australia (as elsewhere) has left a legacy of inequality, trauma, shame, guilt, and exploitation. In Requiem for a Nun, Faulkner writes the famous line that ‘the past is never dead. It’s not even past.’

In this paper, I argue that the past is still with us all (whether colonist/settler, migrant, dispossessed, white or black) and that lack of apology and reparation means wounds of the past do not heal. As a white Australian, I can’t say how, when or why apology is acceptable but I want to explore why apology is complex in a social context and how cultural forgetfulness negatively impacts on reparation.

I look at attempts to say sorry, from a Kleinian perspective, incorporating her idea of reparation and I use restorative justice principles – most often employed in the criminal justice system – as a guide to enacting apology. Klein deals with personal relationships, not whole societies or cultures and not with formal apologies given by governments or organisations on behalf of large groups for the deeds of those who came before. But perhaps illumination can occur by examining her ideas. She notes that the move to a depressive position comes first from the one who has done wrong, realising this truth, mourning loss and wanting to repair.

But if apology has an unspoken aim to triumph over a past, or has a sentiment of grievance, anger, or guilt at its heart, it is ‘manic reparation’ (Klein 1935). This is the fantasy desire that the division being experienced should go away. It is the belief that by simply apologising we can return to a place of oneness, to have the other stop complaining or have the feeling of guilt for damage done, assuaged. It is fantasy and therefore manic because the damage has in fact been done and the prior state can never return. Relationship with the other is damaged by past events and apology is only true when this brokenness is acknowledged and responsibility accepted.

Reparation is an embodied, enacted and relational process. Without reparation, we cannot move as individuals or as a nation to a mature (depressive) position. The task is to find the liminal space so that growth can occur, rather than all parties feeling either overwhelmed by what we cannot fix or defensively assuming all will be well following apology.

Finally, I discuss the term Dadirri (Ungunmerr 1988) from the Daly River People (the Ngangikurungkurr) as a way for white settler descendants to begin to come to a place of remembering and mourning that offers both an internal maturing in the depressive position, but also an outward enactment of reparation. It is a term that has no comparable meaning in English. But it points the way to quiet listening and deep understanding of the other, which is a good place to start. 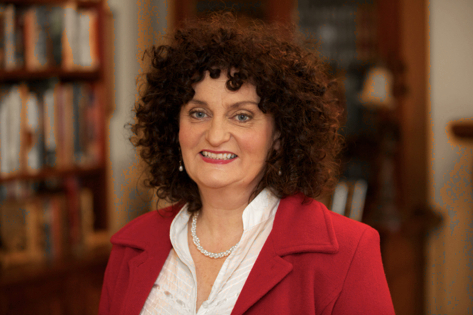 Prior to her consulting work, Kate held a number of positions in the public sector and throughout her career, she has been involved in many Boards and Committees – either appointed or elected to represent constituents.

In addition to her consulting work, Kate is an academic who has taught Leadership and Managing Change to Masters level students at Monash University and Latrobe University and also to Bachelor of Business students at Swinburne University since 2006. She has a PhD in the psychology of leadership.

Dr Dempsey is a member of the NIODA Academic Board of Governance.