Is Reparative Leadership possible in 2020: Socio-Analytic Dialogue and its elusive quest

Is Reparative Leadership possible in 2020? by Bruno Boccara

Disagreements about policies are often the consequences of deeper psychosocial issues, which in turn are displaced into the public policy sphere. The daunting challenges of our times will only be successfully addressed if societal level unconscious dynamics are also accounted for. While incorporating a systems and psychosocial dynamics perspective to public policy remains in its infancy, approaches such as Socio-Analytic Dialogue allow governments and their constituents to do this important work.

In response to the increasing ubiquitousness of perverse societal dynamics, Socio-Analytic Dialogue emphasises reflectiveness, shared meaning, and empathic availability through reparative leadership. The latter is achieved, in part, through the promotion of citizens’ internalisation of how their country functions as a social system and through positive identification between subgroups in society. Sadly, albeit unsurprisingly, I have found that encouraging countries to participate in Socio-Analytic Dialogue is not straightforward.

For example, in spite of its relevance to a country like France, in which we witness the country nearing a breaking point, President Macron – who was contacted through his chief economic adviser while still a candidate – showed no interest in these ideas despite him undoubtedly having the intellect and drive to work in a psychosocial and systemic way. What has transpired since Macron’s election, be it the yellow jackets (Gilets Jaunes) protest movement or the pensions reform strikes, the longest and most violent of the last 40 years, clearly highlights the inability of his government to engage in a meaningful dialogue with its constituents. Macron, whose popularity collapsed, has become a derided and often hated object and seems unable to understand the many projections and introjections of various groups in France as well as the mental representations of those in power and of the elites.

On the other hand, New Zealand is almost the complete opposite of France in this regard. Thanks to Prime Minister Jacinda Ardern’s extraordinary capacity to credibly emphasise societal-level empathy, New Zealand has been the closest to reparative leadership. Through the promotion of empathic availability and search for meaning, which reduces societal splitting, Ardern has achieved something that few politicians are willing and able to do.

Yet, while New Zealand’s adoption of an “Economics of Kindness” as reflected by the adoption of a wellbeing budget is groundbreaking, its policy framework remains nevertheless likely to fall short of transforming society psychosocially. When I attempted to reach the Prime Minister’s office to offer a Socio-Analytic Dialogue approach, I was directed to the Minister of Finance. Unfortunately, the latter’s response was that fiscal policy alone could achieve what was advocated. However, while economic policy has the tools to make society more equal and provide improved opportunities to its constituents, it is insufficient by itself as it does not allow for an understanding of how a country functions as a social system. This is regrettable as New Zealand has the capacity to set the tone, on behalf of the rest of the world, for reparative leadership.

Meanwhile, a genuine opportunity for Socio-Analytic Dialogue and transformational change has arisen in Morocco. The kingdom is interesting from a psychosocial perspective as the sense of doom that is seemingly prevalent in Western nations, all feeling a decline, is missing. While a large segment of the population is desperately disenfranchised and angry, an equally large share is feeling quite positive about a future that feels like it is improving for them. As a consequence, it is an unusually vibrant, hopeful and dynamic environment.

With its seemingly archaic power structure and significant economic inequalities, Morocco may seem an unlikely place to embark on a psychosocial journey. However, the country’s main public sector enterprise, OCP (Office Cherifien des Phosphates), is very dynamic and has been at the forefront of major social innovations which promote empowerment and human development. Furthermore, the authorities are keenly aware of the need to understand youth’s aspirations and frustrations in a complex and changing world.

The country decided to launch a process, which I was invited to lead, aimed at “listening” to Moroccan youth. While Morocco’s cultural heritage predisposes the country quite well for such an initiative, there nevertheless are some topics, such as corruption and power structure, especially regarding the King, that may lead to self-censorship or be, by law, off-limits. However, the authorities seem to understand that psychosocial discussions on affect, regardless of the topic, are apolitical and not conducive to increasing the propensity for dissent. Despite this, resistance to the process could nevertheless be on the increase. For example, a couple of group discussions sponsored by one of the governors (the latter directly appointed by the King) were abruptly cancelled. Furthermore, since the commencement of the process, there have been repeated requests to define the process and its outcome, in what could be an unconscious effort to control the process by restricting the range of topics.

A Socio-Analytic Dialogue approach may be experienced by the authorities as having the potential to challenge the social compact; the latter understood as having insulated the country from the negative, and in some cases catastrophic, impacts of the Arab Spring. Furthermore, the dynamism and vibrancy of Moroccan society alluded to earlier could, in a hubristic form of denial, foster beliefs that economic growth and diversification can, on its own, resolve the issues. This is, however, inconsistent with the reality on the ground. In discussions, a lot of the youth, despite their optimism, focused on one thing and one thing only: exiting the social system through emigration. And yet, this does not imply that there are wishes to attack the system, in large part due to the King being widely experienced as a positive object of identification. The latter strengthens Moroccan identity and, as such, renders the society more cohesive and makes it more resilient to psychosocial shocks. Yet, the system also knows the fragility of the existing equilibrium and could fall into a depressive state, wherein the system as a whole feels helpless. These dynamics coexist and create resistance to and ambivalence about engaging with psychosocial and system dynamics. Nevertheless, I remain cautiously optimistic.

In light of the vignettes describe above, and other acutely regressed defenses mobilized in many parts of the world against collective anxieties, I would argue that the world very much needs an understanding of societal level unconscious dynamics. As such, Morocco’s interest in thinking creatively about public policymaking should be seen as a “gift” to the rest of the world as it could set the stage for other nations to follow its example, and increase empathic availability and capability worldwide. 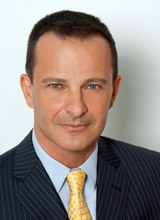 Is reparative leadership possible in 2020?

Dr Bruno Boccara, is the founder of Socio-Analytic Dialogue, graduated from Ecole Nationale des Ponts et Chaussées in France and has two Ph.D.s (Civil Engineering and Economics), both from the Massachusetts Institute of Technology (MIT) in the United States.

He has extensive policy experience: At the United Nations (World Bank) as Lead Economist on lending operations in Africa and Latin America and on governance and leadership issues worldwide; and in the financial markets (UBS and Standard & Poor’s) on a trading floor during the Asia crisis and as Director of Sovereign Ratings for Latin America.

He completed his psychoanalytic studies at the NYU School of Medicine Psychoanalytic Institute and also trained in organizational behavior, leadership coaching, and Group Relations.

Socio-Analytic Dialogue is conducted by a task specific team, consisting of economists, political scientists, and psychoanalysts trained to work on large group dynamics, in conjunction with a country-level team.

ps Are you a leader or manager and would like to learn more about systems psychodynamics? Have a look at the NIODA Master of Leadership and Management (Organisation Dynamics) course.

Is Reparative Leadership possible in 2020: Socio-Analytic Dialogue and its elusive quest by Dr Bruno Bocarra